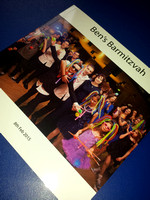 There's an article in today's Guardian news paper where Vint Cerf, Google Boos, 'warns of forgotten century' with email and photos at risk'

It's a good read and highlights concerns that I've had for some time.  Not only do we take many more pictures than ever before but I suspect very few are looked at let alone archived.

we all carry phones with camera and we take pictures all of the time.  This must be the best recorded generation every yet when the time comes and historians look back at the recent years that have gone by for the best part they aren't going to be able to see much.

As Vint says '... we are throwing our data into what could become a digital black hole without realising it..  ' as time goes by and hardware and digital format change we loose the ability to look at old files.

Not more than 10 or so year ago every house would have had a Video player, a library of video tapes, films, TV etc and more often than not some family moments.  A wedding, baby's first steps,a child growing up, school play those kind of things.  Now you'd be hard pushed to find a house with a Video player.

Photographers had 35mm film.  It was the best at what it did.  Easy, consumer product that was available on every high street.  It's the product that forced the development of the camera.  Put a cheap disposable into peoples hand, point and click for the hobbyist and advanced SLRs for professionals.  Without it we would not have the modern digital cameras. 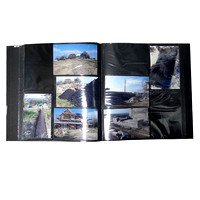 What you always did though was to print the pictures, stick them to a wall with BluTac, enlarge a nice on for a frame.

In many cases you would fill an album with the pictures.  Even write descriptions on the page, who, what, where, when.

The pictures became memories.  Things you looked at and shared.

In a twist of irony, although the modern teenager takes more photos than ever before it's my generation and my life that will be more readily reviewed because it's printed.

We know about ancient civilisations because the historians wrote on clay tablets, parchment scrolls and the like.  Try reading a Word document from 5 years ago ...

As Cerf says in his article 'If there are photo's you really care about, print them'

These days it's never easier with books, albums, canvases, home printers that print a great photograph that you have no reason not to.