As many of you will know I entered my first photography competition at the end of last year. In typical style that was the Sony World Photography Awards, as I say Go Big or Go Home .. To be overall winner you need to win your own category of which there are 10 but then also be the best across all of the categories... this year over 327,000 images were submitted, more than ever before. Unfortunately this year, I have not won. 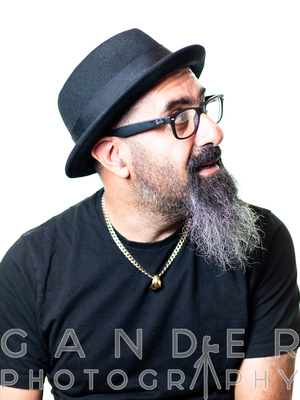 Although my work is good, I had no expectation of shortlisting, let alone winning. It is as they say the taking part that counts. When it comes down to it I did learn a massive amount taking part. I set myself a challenge to create a series of upto 10 portraits that were all shot in exactly the same way, the same camera and lens, the same background, and just 2 lights ... I called it the One2OneProject. All of the portraits were a tight headshot, black and white and with as little processing as possible at the end. As one of the models pointed out, it's a very vulnerable way to have a photograph taken and it's quite unsettling to see yourself like that afterwards, there is after all no where to hide. 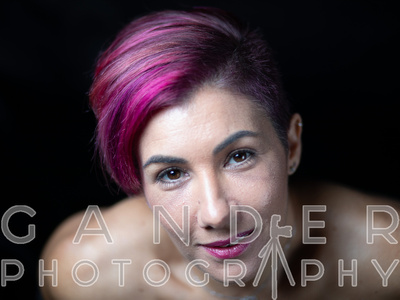 I've never constrained myself like that before .. I'll often go with the flow on the day and see what I feel like shooting. When you set limitations you have to be creative, with the poses, the lighting, the interaction with the model.

I really wanted to do what I could to bring out the individuality, character and personality of the men and women that volunteered to take part. After all if we had won they may well have been published in a book !

What did I learn though ..

So will I do it again .. you betcha I will. I'm already thinking of projects, talking with people and following the winners to see what it is they had that maybe I hadn't.

So finally a big thank you to everyone that took part, it's true to say I could not have done it without any of you ... watch this space I may want you again for the this year's submission.

In the meantime here's a few of the pics that we took ...