When feedback starts like that you know you've done well. 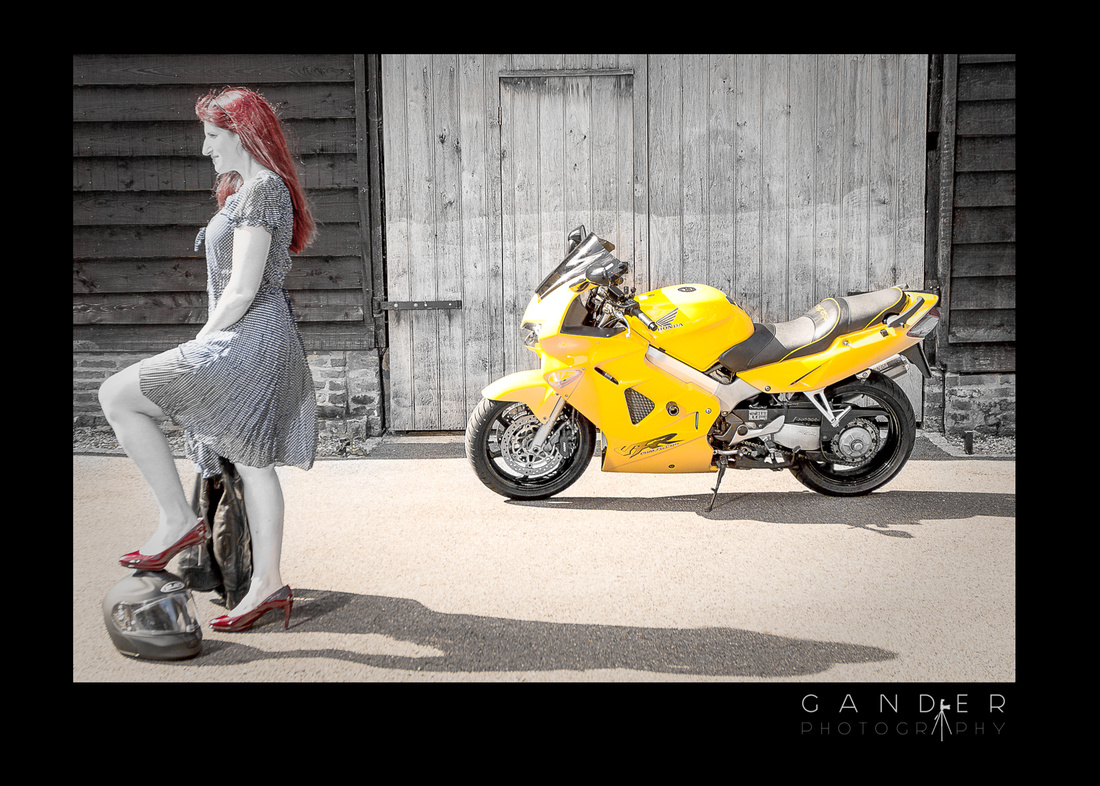 If I'm honest this session is one I had suggested takes place.  I've known Gillian for some years and from time to time we bump into each other.  And so it was,  at a joint friend's party we chatted and caught up. As is often the case the subject of my photography came up.  I in turn found out about her motorbike hobby.  I casually said we should do some photo's of Gillian with the bike ... she chuckled and that was that.

A day or two later I received a message .... Actually that might be a really cool idea

A few more messages passed  ...  I'm really loving the idea. I have a few bikes and it would be fun. Something for my kids and hopefully one day their kids to look at and giggle!

When I have a topic to base a shoot around I get a bit carried away, I start to think of how to make the session unique and add context to what we are doing. I met with Gillian, went through some ideas. During our meeting Gillian said "Come and see the bikes". The bright Yellow Honda VFR is a beast of a sport machine. It's angles and noise all over. The slight issue was it was due to be traded in, to be replaced by a new bike. We'll come to that bike soon but I just knew we were going to end up with more than one session taking place. We just couldn't let the VFR go without getting some pictures.

Fast forward to the day before the session. The phone pinged with a new message from Gillian. Hi, gotta problem, had a flat pack shed delivered, it's all over the garden, no way we can shoot here.

It's funny how somethings can happen because they are supposed to ... I suddenly had a location idea. Someone I know has an old petrol pump on the grounds of their house, it's a momento of the location's past life as a pump house for a farm that stood there. One quick phone call later, and a thumbs up and I'm now even more excited for the shoot to take place.

On the day of the shoot, it's typical british summer weather and it rains all morning. BBC weather reporters are promising me it will clear up for the afternoon. I'm inclined not to agree. At One O'clock the clouds part, the sun shines and the puddles start to disappear.

At Two O'clock I go to venue and set up. Half an hour later Gillian arrives, and quite a lot of Gillian's wardrobe. There are bike leathers, shorts, tops, dresses, heels all the things we thought we might cover.

For the next few hours we had more fun than should be allowed to happen when what you are doing is called work.

Slowly as we progressed and I worked a few things out Gillian became more at ease with the concept of having a photo taken and slipped into the role. The shots towards the end of the session certainly show that. 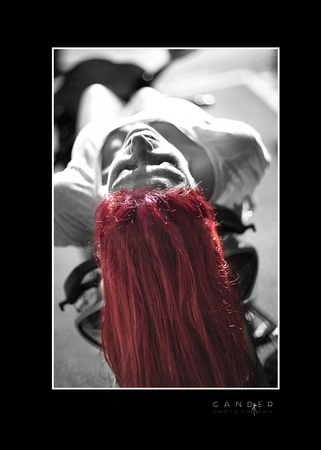 And what of the new bike, the one that is replacing the VFR, it's a custom made Harley and we are shooting that soon and boy are we going to have fun with that one.

The VFR, well now she's got the pictures Gillian's fallen in love with it all over again and can't bare the thought of getting rid of it. Job done. 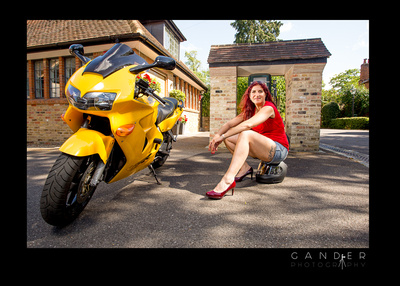 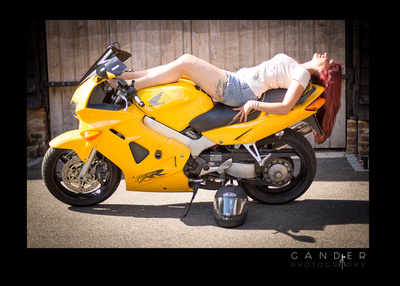 Gideon(non-registered)
Oh, Wow.... Is this by you?
Very impressed impressed Julian. Easy to digest, not too technical and has a good pace.
No comments posted.
Loading...
Subscribe
RSS
Recent Posts
I am not a rockstar What makes you decide on your photographer Wow that camera takes great pictures ... The Cost of Being A Photographer Mental Health Week A-Z C is for Chuppa Sony Photography Competition A - Z of function photography B Bands The #10YearChallenge A-Z of function photography A
Keywords
photography london photographer gander portrait BatMitzvah BarMitzvah Wedding Pinner Gander Photography
Archive
January February March April May June July August September October November December
© Gander Photography
User Agreement
Cancel
Continue