So I'm a bit late with this week's blog normally it's Wednesday bu t I was in town on Tue for Armistice Day and I wanted to use those pictures for the blog.

A lot has been said this year and a lot of focus has been at the Tower of London Poppies ( more later ) but I every year there is a service at Trafalgar Square and at 11.11 the traffic stops the street turn silent and the most chilling mood settles.  The square is packed with people and it really is quite something.  So that's where I started.  I'd been there a few years before quite by accident and always promised to go again, and this time with a camera.

There are a lot of people with a lot of stories to tell ..

Following the ceremony we walked up the strand towards Tower Bridge for the poppies.  On the way there is a monument for the Submariners ..  the date on this wreath was 2011

I don't think any photo that you will have seen prepares you to see it ... each one is a person, it takes a time to sink in ...

So that's the 'normal' picture in fact it's a number of pictures put together but I wanted to do a bit more, something a bit different so here is a Little Planet of the Tower of London Poppies.  They have started to take them away now and they'll be gone soon so we photographers will have the best memories of them. 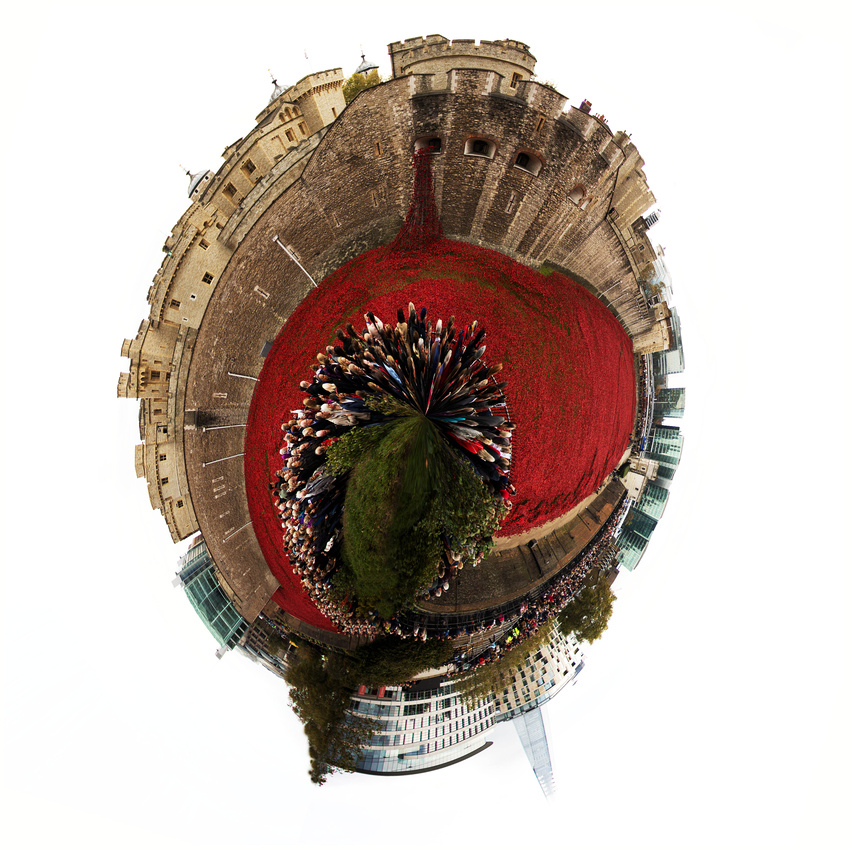